Return
We May Be Small but We Are Mighty

Having a new Residence Hall Association at Dalton State didn’t stop the organization from representing the College well in this year’s Georgia Residence Hall Organization 2016 conference where it and its members received several honors.

“We may be small, but we are mighty!” said Matthew McCarthy, interim assistant director of Residence Life. “I am happy to say that we were well represented.” 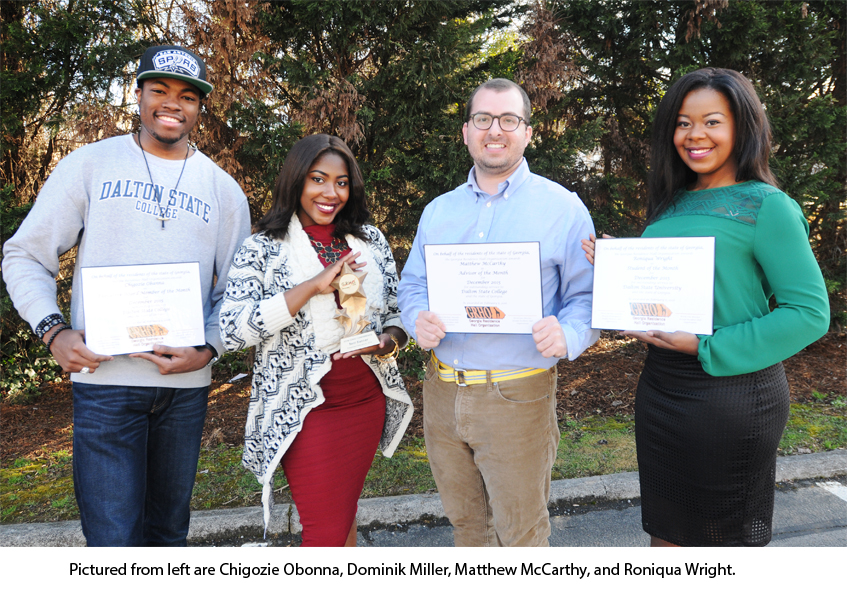 Also winning awards at the conference were:

McCarthy, December 2015 Peach Award for Advisor of the Month

Chigozie Obonna, December 2015 Peach Award for Executive Board member of the Month

Obonna also received the GiGi pin, which is only given to a few members a year for his/her dedication to RHA and GRHO.

“I was thoroughly impressed with how our students represented Dalton State College throughout the conference,” McCarthy said. “They worked hard to form relationships with other institutions and learn valuable information to further grow our RHA program. I look forward to further making a name for our RHA program and Dalton State College at future state, regional and national level conferences.”