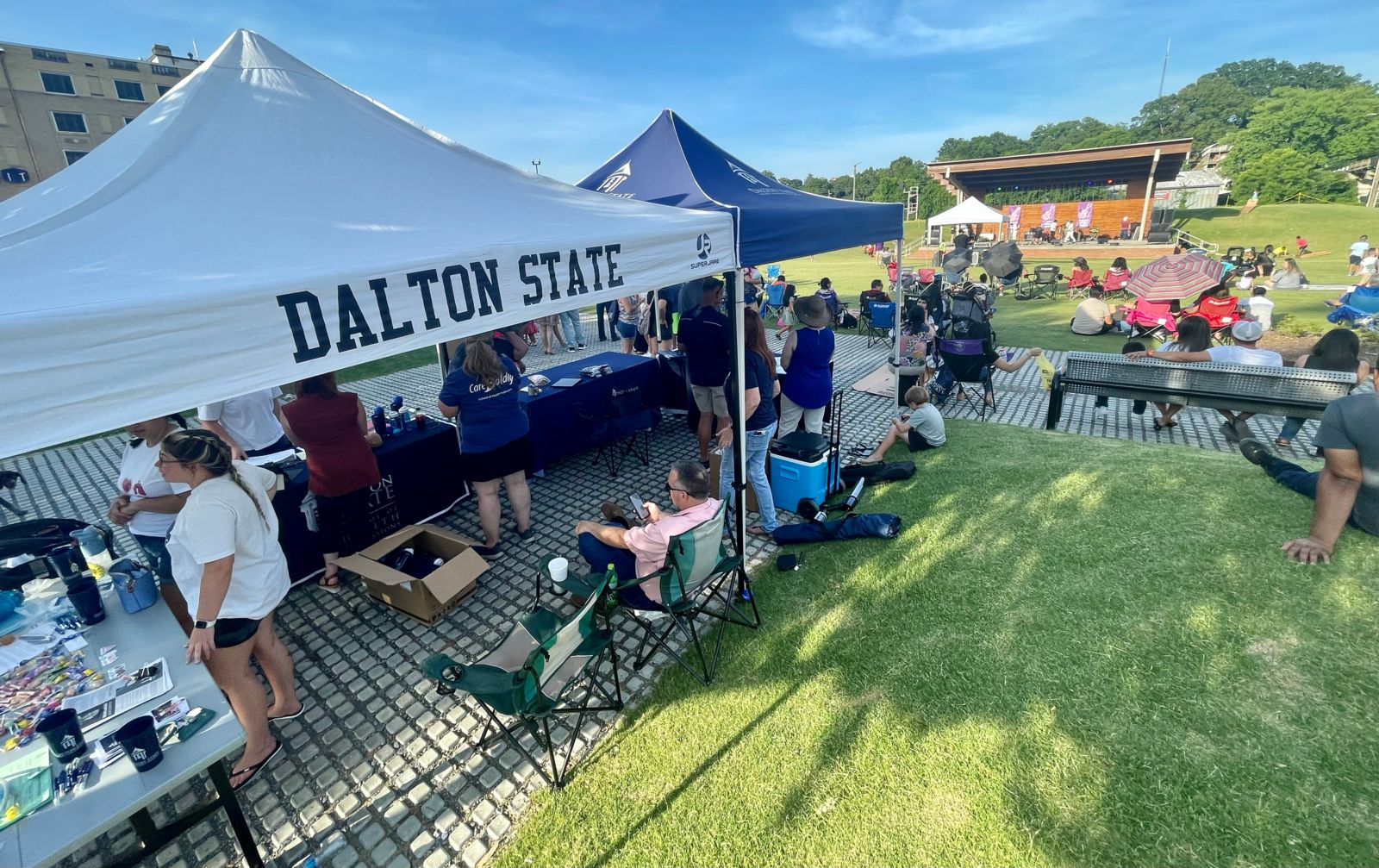 Dalton State College (DSC), recently co-hosted Latin Night along with Believe Greater Dalton as part of the ongoing Off the Rails Entertainment Series at Burr Park in downtown Dalton. The event featured music from live bands including the Sunrise Latin Band.

Dalton State was asked to co-sponsor one Friday evening during the annual series a few years ago, said Jon Jaudon, DSC’s executive director of athletics and external relations.

“We jumped at the idea to support the Off the Rails Summer Concert Series and have been co-sponsoring Latin Night as a way to honor our being the first and only Hispanic-Serving Institution in Georgia,” said Jaudon. “Dalton State represents this community and all its diversity. The opportunity to support a gathering of all the diverse populations that make up Dalton a 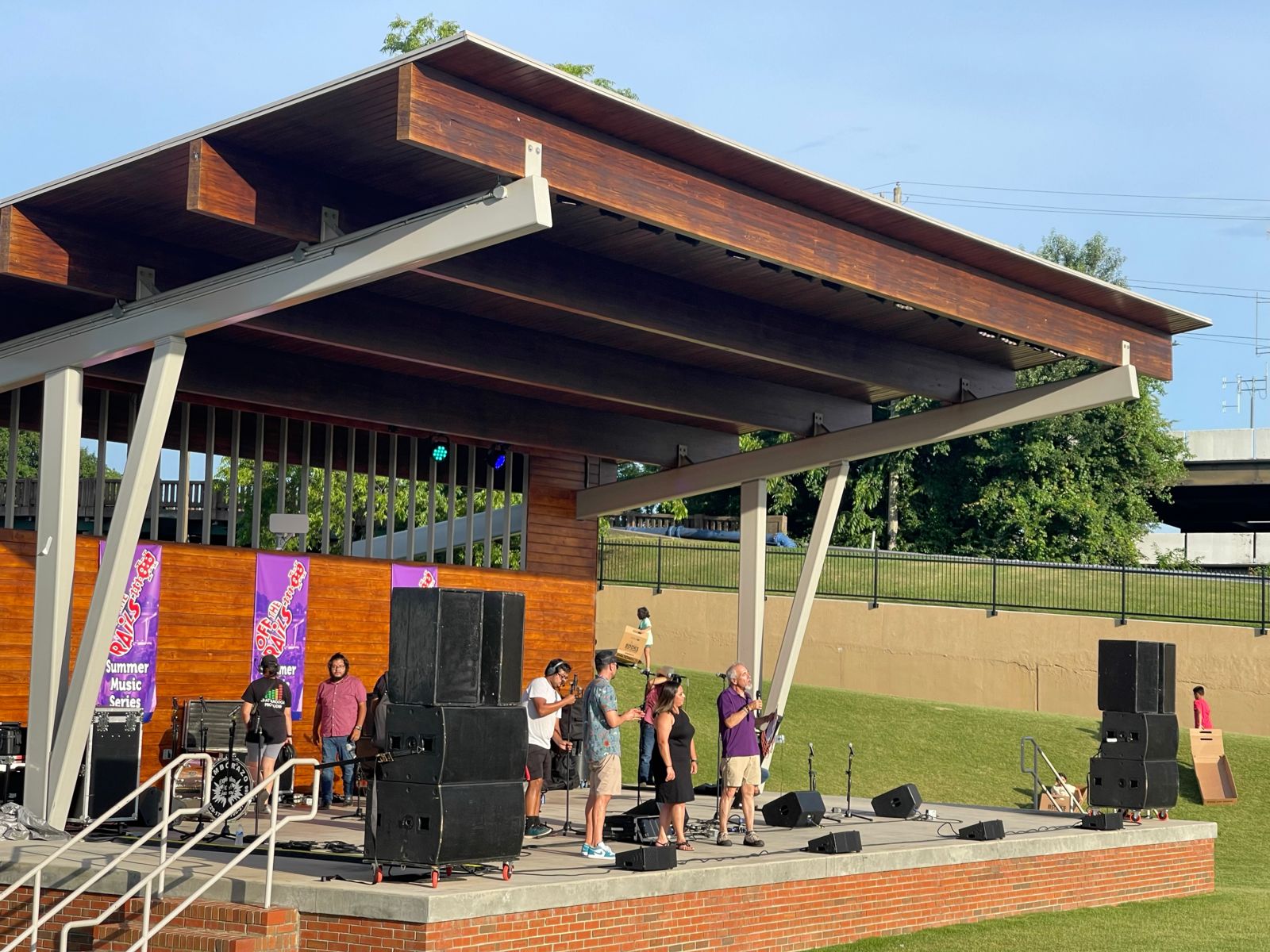 nd the surrounding area was a natural fit for Dalton State.”.

Multiple tents were set up at the event to spread information about the many DSC programs.

Burr Park was packed till long after sunset, with community members enjoying the free concert, learning more about their local college and using the park’s hill to ride cardboard sleds down.

“It’s great to see everyone out again and enjoying themselves, honestly,” said Anthony Roopnauth, Dalton State College Alumni and graduate of the Lamar and Ann C. Wright School of Business. “After nearly two years of the pandemic, it feels like we are getting back to normal with events like these that bring everyone out.” 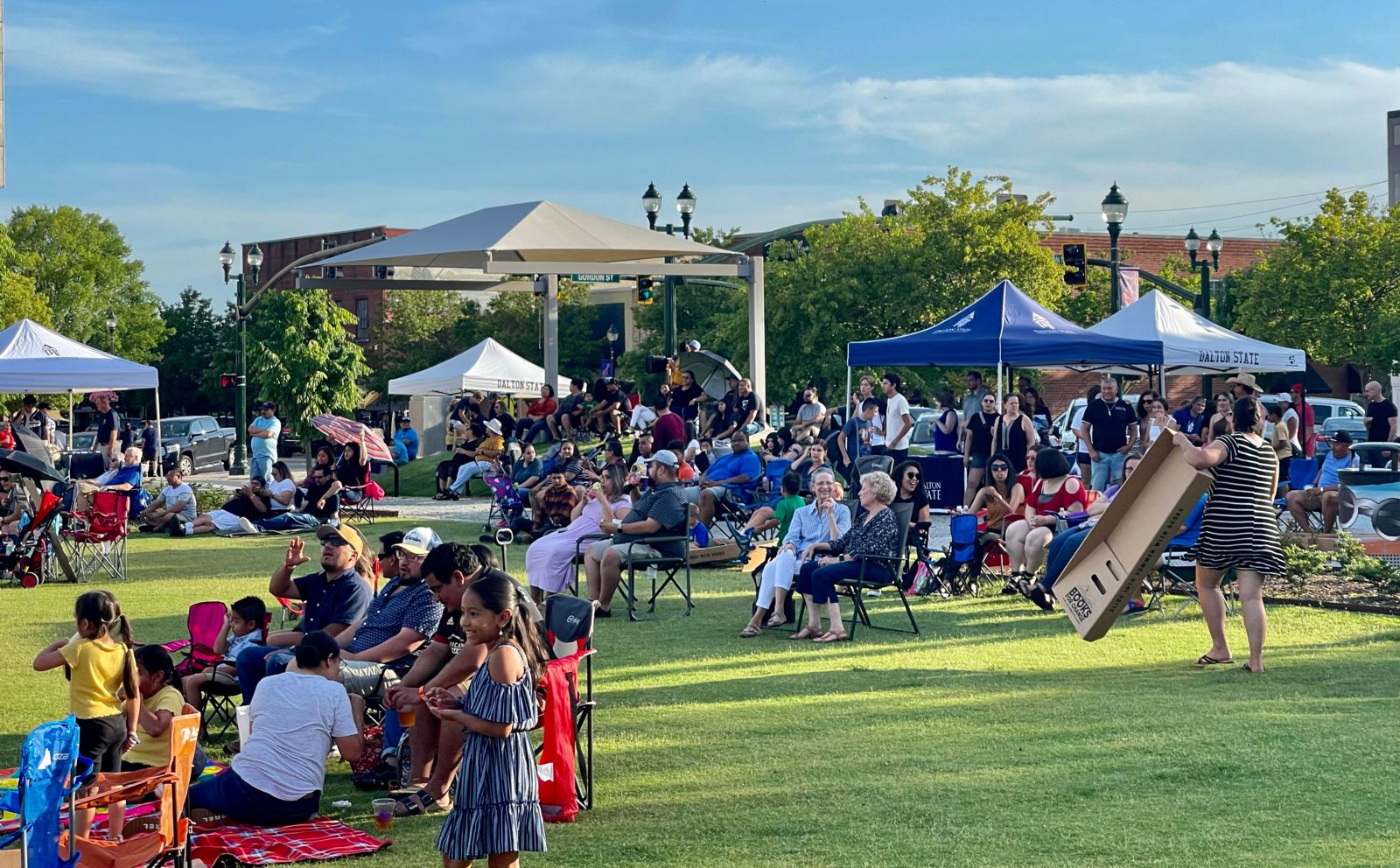 The Off the Rails Entertainment Series in Burr Park has been ongoing since the early 2000s. The series primarily highlights music with acts spanning from Bluegrass, Latino, Blues, Indie, Country, Rock and more. Opening acts take the stage at 6:30 p.m. most Friday nights through June and July. This year, the series also included the play, “A Midsummer Night’s Dream,” presented by Shakespeare in the Park.

For more information on the Off the Rails Entertainment Series, visit https://visitdaltonga.com/daltonevents/.