Return
Learning Language by Creating One

Students in Dr. Alicia Briganti's psychology class were tasked with creating their own language. They were divided into groups and each was given a packet containing shapes in three colors as well as a list of sounds, or phonemes, they were allowed to use. 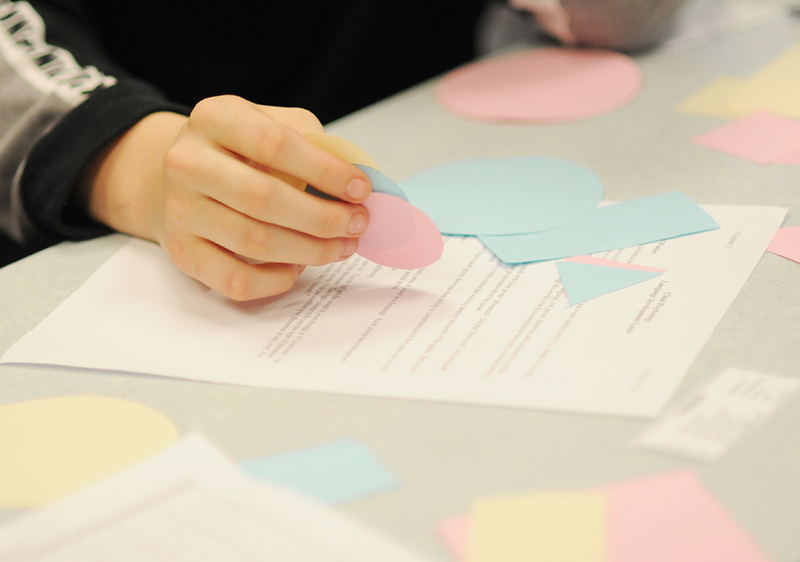 They were not allowed to communicate in English, and only the given phonemes could be used to create words. 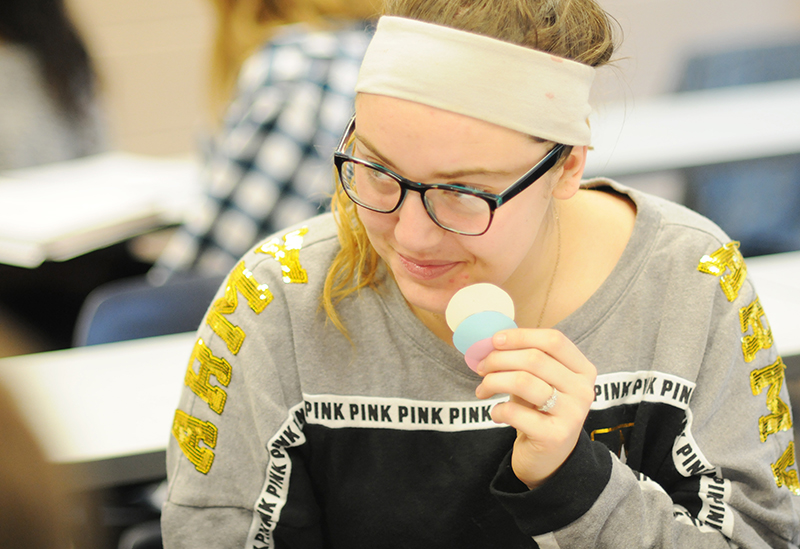 Students would hold up their shapes or the colors while speaking a made up word to demonstrate meaning. This mimics the way a child learns to speak, as well as the way an adult learns to speak a new language. 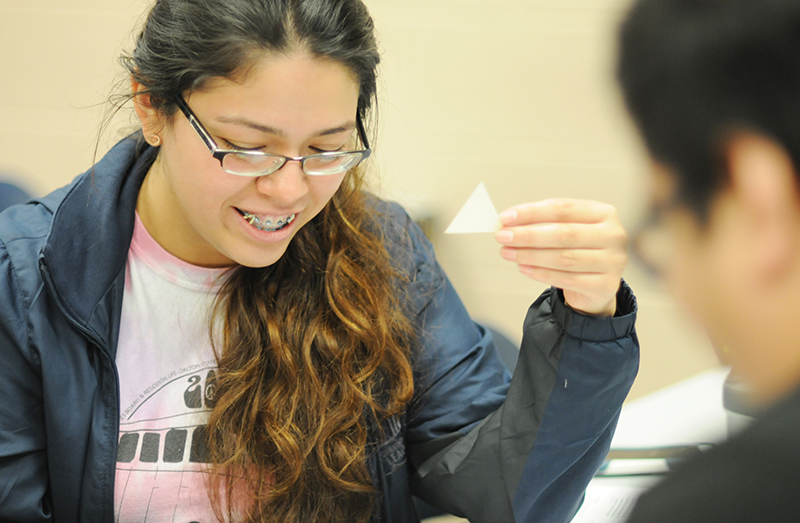 The end goal was to develop the language enough to communicate how to lay the shapes out in a pattern given by Briganti. So in addition to naming a circle, triangle, rectangle and each of the colors, students also had to come up with directional words and phrases such as "on top" or "behind" or "beside." 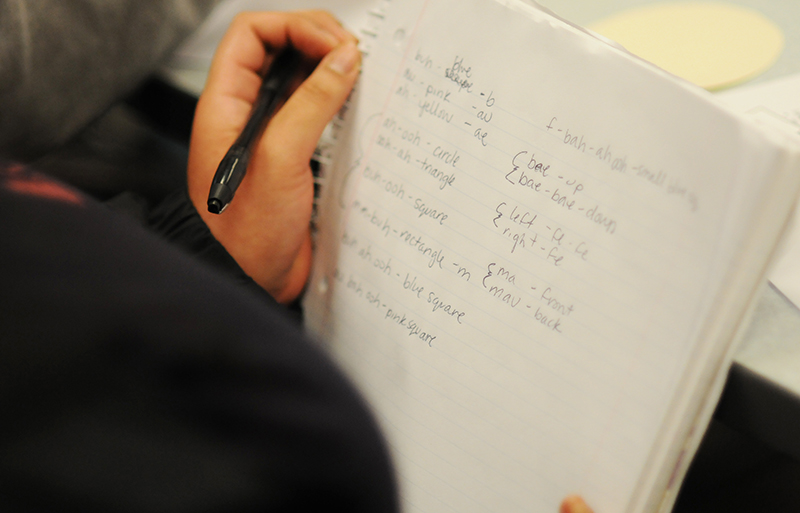 Students practiced within their groups, and Briganti explained (in English) how the activity mimics learning a new language. Usually nouns are learned first. Nouns are tangible and are easy to define without words. 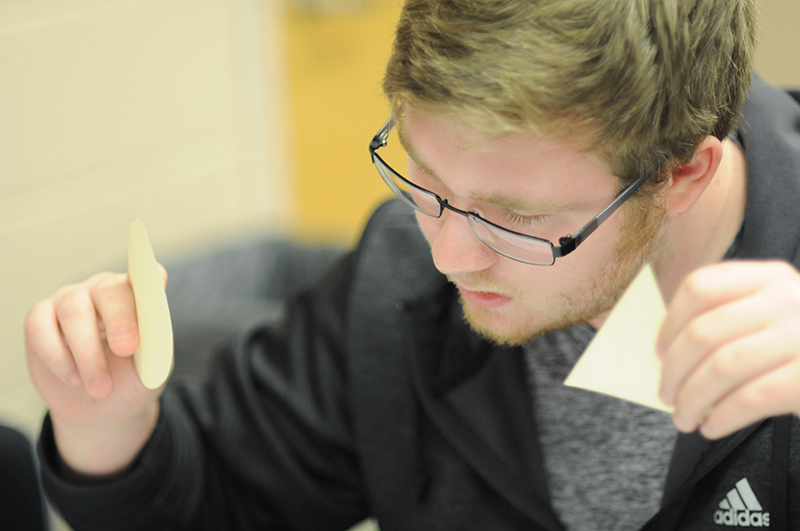 Most groups experienced a language explosion where they were able to learn many words and phrases rapidly. Children experience that around 18 months to 2 years of age, learning as many as 10-20 new words a week, Briganti explained. 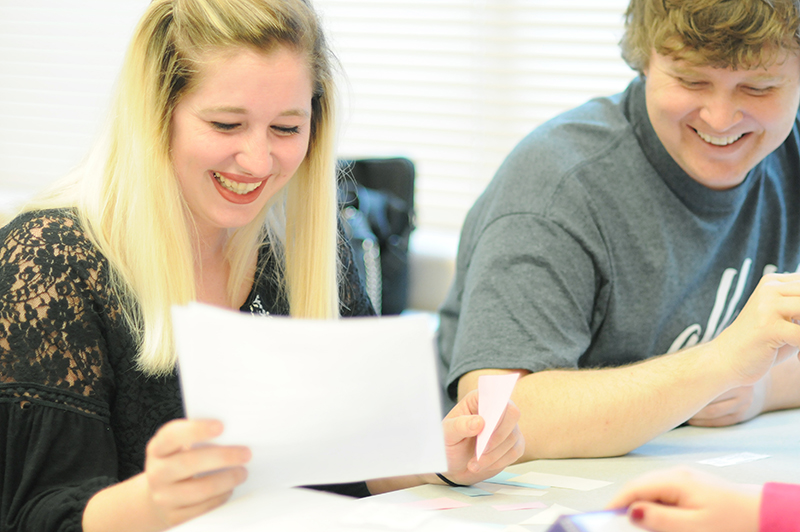 The game resulted in funny moments. Words like oof or foo were common, prompting giggles from the students. But in the end, it was effective. And most groups were able to use their language to create the assigned picture. 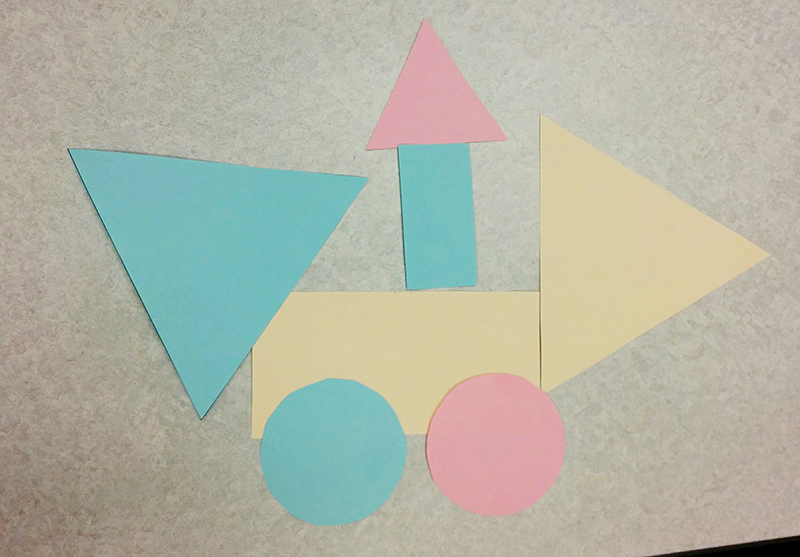 Now these students know first-hand how the brain begins to develop language skills.