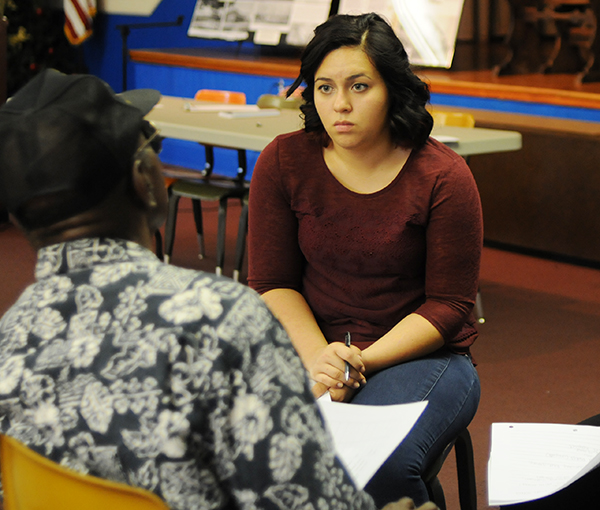 As a black female veteran, Barbara Phillips represents a group of people whose stories are often under-told.

Phillips, a Dalton resident and retired school teacher, doesn’t like the spotlight. But after realizing just how important it is to share her story, she agreed to be part of a partnership between an education class at Dalton State, a class at Morris Innovative High School, and the Emery Center to document local black veterans’ stories.

Interviews with the veterans will be conducted by students at the College and Morris, recorded, and donated to the Emery Center, as well as the Library of Congress’ Veterans History Project.

“Approximately 15 percent of all veterans are African-American, but only 3 percent of those stories with the Veterans History Project are African-American,” said Dr. Josh Pfiester, an assistant professor of education, who is overseeing the project. “We need to do something about that. So we came up with this project for my diversity class.”

This week the students and the veterans met to become acquainted with each other. Interviews will be recorded in October.

“I’m very excited about this,” said Madicyn Jenkins, a student in Dalton State’s School of Education. “I’ve never gotten to be part of anything like this. We’re giving them a platform to tell their stories, and they can talk forever. That’s not a bad thing. They’ve pushed through a lot of struggles and have a lot to say. I’m thankful I get to experience this.”

Jenkins knew other races faced adversity, but hearing about it first-hand has been eye-opening.

“I hope this helps me as a teacher,” she said. “I’ll be able to understand what my students of other races face better, and I’ll be able to better teach this part of history.” 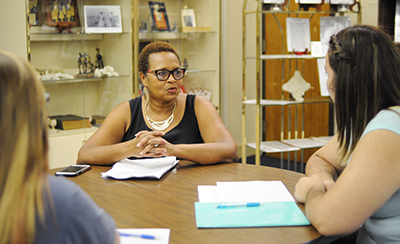 Chloe Babb, also a student at the College, said she had never fully understood some of the struggles blacks had faced, especially as veterans.

“I feel so honored to be part of this,” she said. “I am glad to help tell their stories.”

Phillips joined the Air Force in 1968 after hearing about her educational opportunities through the military.

“This is a wonderful project,” she said. “So many of the Vietnam veterans were mistreated at that time, and they were overlooked. Projects like this make us feel important, like our stories matter. It makes me feel proud to have served and to be representing both female and African-American veterans.”

Curtis Rivers, director of the Emery Center, is also sharing his story for the project. He is an Army veteran of the Vietnam War.

“This is a great project, and I think having our stories told is long overdue,” Rivers said. “There are so many untold stories.”