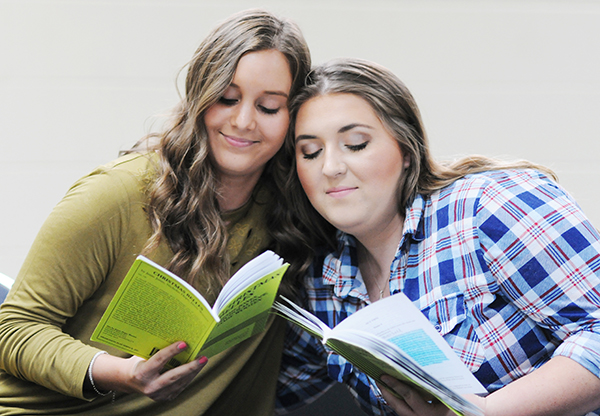 Christmas holidays can get chaotic when families get together, and this story tells of four feuding sisters who live in the small town of Fayro, Texas, according to Kim Correll, who is directing ‘The Christmas Belles.’ As they try to bring a church Christmas program to life, the squabbling sisters find a way to present a show that the citizens of Fayro will never forget, even with some distractions from a surly Santa, vengeful sheep, spilled family secrets, and a reluctant Elvis impersonator. This holiday journey is guaranteed to bring some Christmas cheer, Correll said.

“A cranky Frankie is overdue with her second set of twins,” she said. “Twink, recently jilted and bitter about it is in jail for inadvertently burning down half the town. A hot-flash-suffering Honey Raye is desperately trying to keep the Tabernacle of the Lamb’s Christmas Program from spiraling into chaos. Their hilarious holiday journey through a misadventure-filled Christmas Eve is guaranteed to bring joy to your world.”

Performances are Nov. 16-19 at 7 nightly in Dalton State’s Goodroe Auditorium. Admission is $7 to the public and free with a Dalton State ID.