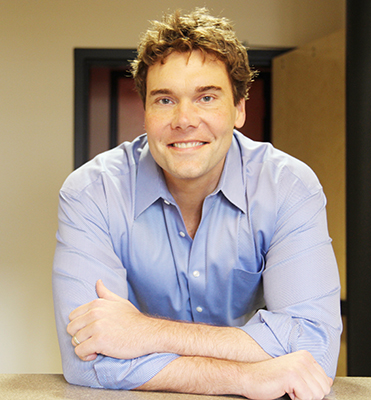 Derek Waugh, the first full-time athletic director at Dalton State College, has accepted a position to serve as president and CEO of a state-wide organization in athletics. The new position is effective July 1; Waugh and his family plan to remain in Dalton.

A search will commence soon to name Waugh’s successor.

Under Waugh’s leadership the Dalton State athletic program met with unprecedented early success; the men’s basketball team won the NAIA Division I national championship in its second year of play and first year of tournament eligibility. There have been other conference titles and NAIA awards for teams and individuals, and the program has twice been named a “Champion of Character” program by the NAIA.

Dalton State’s re-entry into intercollegiate athletics after a 34-year hiatus began in 2011 when students voted themselves a fee to reinstate a full athletic department. Waugh, originally from Atlanta, was hired in January 2012. He quickly went to work establishing a Roadrunner brand, hiring coaches, securing practice and playing fields, and scholarships for athletes.

In addition to his work on behalf of Dalton State athletics, Waugh immersed himself in the life of the community, serving in leadership roles with the Dalton Convention and Visitors Bureau, Archway Partnership, Family Frameworks, Alzheimer’s Association, and Dalton Rotary Club. He has also served as a coach for numerous recreation and church league teams.

“In the short time Derek has been here, he has made a huge imprint on our campus and this community,” said Dalton State President Dr. Margaret Venable. “He has brought a vibrancy and energy that make us all proud to be citizens of Roadrunner Nation. He cares passionately for young people and for the livelihood of his adopted hometown. We are pleased he has this opportunity to share his gifts on a larger scale and that he will remain a part of our community.”

“I am very appreciative of the opportunity I was given at Dalton State to re-start the athletic program from our humble beginnings,” Waugh said. “I will forever love the coaches, student- athletes, and the greater Dalton community for all the hard work and commitment they have poured into the program. Any success we have had is totally due to a true team effort amongst an amazing group of people.

“I am certainly proud of our achievements on the field of play, but I am most proud of the fact that I believe we truly transformed lives and helped expand the culture at this great school, all while doing things with passion, enthusiasm, fun, and integrity,” he said. “Our goal was to become one with the community, and every time I see a clinic being run, a coach speaking to school children, someone jogging in a Roadrunner shirt or one of our coaches doing something for the greater good around town, I get more satisfaction than any ‘win’ we have had.

“Dr. Schwenn and Dr. Venable have been great to work with, and our coaches, donors, and student-athletes are like family to me. My family and I are blessed to have been able to come to Dalton. I look forward to now becoming a Roadrunner fan as I tackle a new and exciting opportunity within the state of Georgia to showcase how the power of athletics can transform lives.”

Waugh came to Dalton in February 2012 after being selected from more than 70 candidates in a nationwide search. He was serving at the time as assistant athletic director at Stetson University where he previously served as head basketball coach for 11 years. He is a graduate of Furman University and Wake Forest University School of Law. He practiced law briefly at an Atlanta law firm before joining Stetson as assistant basketball coach.

He and his wife, Mary, live in Dalton with their three school age children, Sophia, Luke, and Jack.