Rally Round the Roadrunners 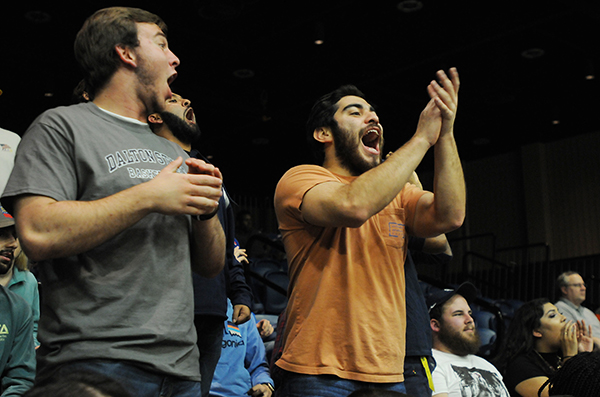 Roadrunner Nation is gearing up for another trip to Kansas City, Mo., where two years ago the basketball team clinched the National NAIA Championship. There will be a bonfire pep rally to build excitement and cheer the basketball team on on Wednesday at 7 p.m. at Mashburn Hall on Dalton State’s campus.

Brackets and game times will be announced Wednesday at 7 p.m. A viewing in Mashburn Hall’s lobby will kick off the pep rally.

Following the viewing will be a bonfire with the team, speeches, cheers, and music. The public is invited. Parking is available along George Rice Drive.

“Once again the Roadrunners have provided us a spectacular season, and we want to thank them for playing like the champions they are,” said Dr. Margaret Venable, president of the College. “It was fascinating to watch them grow as a team over the course of the season. Just like last time, we don’t have one or two superstars; we have a team of outstanding athletes that play to each other’s strengths. We want them to know how much they are appreciated and loved as they set out for Kansas City.”