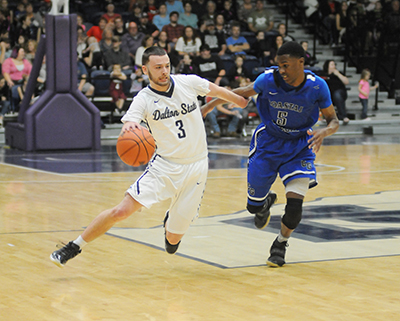 Can’t make it to Kansas City to watch the Roadrunners’ basketball team compete for the NAIA National Championship? Dalton State will be live-streaming the games via the NAIA Network at daltonstate.edu. All Dalton State games will be streamed leading up to the championship game, which is on ESPN3 exclusively.

Dalton State’s first game of the tournament is Thursday at 6:45 p.m. EST against Harris-Stowe State University. If Dalton State (27-4) wins, they will play the second round on Friday at 10:15 p.m. EST.