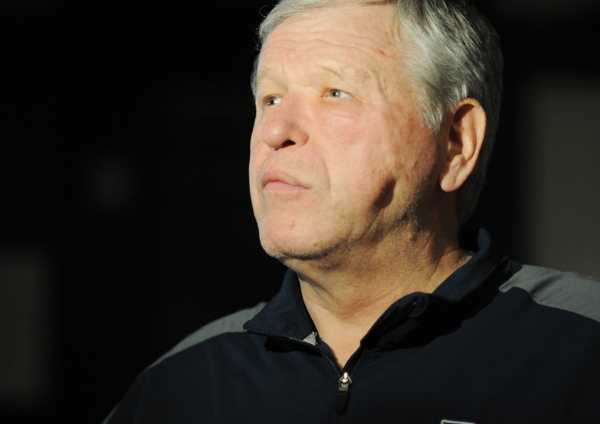 Dalton State's Tony Ingle is the 2017 recipient of the Don Meyer Coach of the Year award. The award is presented annually to the top NAIA coach in America.
"What a tremendous honor for Tony, our basketball team and Dalton State," said Dalton State Interim Athletic Director Jon Jaudon. "We are blessed to have one of the finest basketball coaches, at any level, in the country. Being named, Don Meyer National Coach of the Year authenticates what we already knew. Congratulations, Coach."
In his fourth season at the helm, the Roadrunners finished with a 29-5 record and a quarterfinal finish in the NAIA National Championship. Under his direction, Dalton State has compiled a 106-24 record, two Southern States Athletic Conference regular season titles (2015, 2017), one SSAC Tournament Championship (2017), and a National Championship (2015).
Ingle is the only person to coach at the high school, junior college, NAIA, NCAA Division II and Division I levels as a head coach. He's also won 35 games in a season as a player and as a coach and led Kennesaw State to the NCAA Division II national championship before helping the program transition to the Division I level.
"Coach Ingle has done just about everything in his coaching career," said CollegeInsider.com's Angela Lento. "He truly is one of the legends of the profession."