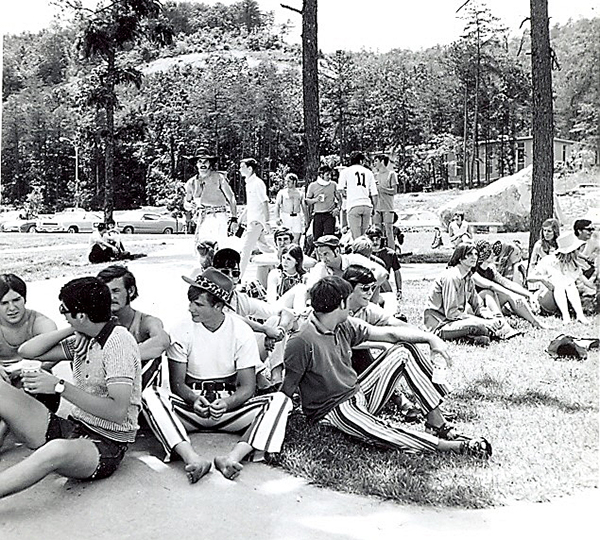 When Dalton Junior College opened in September of 1967, it had a family feel. It was accessible. And the founders wanted it to be a place that prepared students to be successful when they left campus.

Though the name and many other things about Dalton State College have changed in the last 50 years, those core values have not.

As the College prepares to celebrate its first 50 years, many are reminiscing about what Roadrunner Nation means. A 50th anniversary celebration is planned for Monday, Sept. 25 from 5:30 to 7:30 p.m. More information on that celebration will be announced soon.

“I can’t believe it has been 50 years. It’s overwhelming,” said Dr. Ben Wygal, who served as academic dean of Dalton State during its foundation. Wygal was the third employee to be hired, just behind the College’s first president, Dr. Arthur Gignilliat and first secretary, Margaret Hunnicutt.

“We had this concept to have a different approach to learning,” Wygal said. “We had this idea that this was the people’s school. We would recruit individuals from this community, and many would be the first in their families to go to college because of the access. We would make this college accessible.”

From that first year Dalton State has served first-generation college students. Even today, more than half of the students are the first in their families to pursue a college education. Dalton State makes that possible by building students’ confidence and by allowing them to pursue a degree while remaining close to home. Plus, the College is one of the most affordable in the nation.

“We began as a two-year college, and we transitioned to a baccalaureate degree-granting institution nearly two decades ago,” said Dr. Margaret Venable, the current president of Dalton State. “Throughout our 50 years, we have always offered high quality, yet affordable opportunities for higher education in Northwest Georgia. We are gaining momentum, building on the work of previous decades with an eye toward our future. We are always mindful of the need to better serve our region and to continue to evolve to meet the current and future needs of our students and the state. We are not the same institution we were 50 years ago, but we remain true to our original mission even as we continue to grow and adapt.”

A sense of identity

One of the first hires Wygal and Gignilliat made was Melvyn Ottinger, who would serve as the College’s first basketball coach and athletic director. Ottinger was instrumental in establishing the Roadrunner mascot and the school colors of blue and silver.

“Students were allowed to turn in mascot suggestions, and it came down to a mountain lion or an eagle, but there were already so many of those,” he said. “I was teaching as well so I told my students ‘since y’all have to drive to school, y’all are roadrunners. You run the roads getting here.’ And in the cartoons the Roadrunner was chased by the Coyote all those years but never caught. That was what I wanted for our athletics.”

Ottinger is glad students identify as Roadrunners – then and now. The unique identity he created for the basketball team more than 40 years ago was revived in 2010 and has evolved into Roadrunner Nation which extends to all Dalton State students, alumni, faculty, staff, fans, and friends who identify as a Roadrunner. Ottinger also inadvertently chose the school colors, ordering basketball uniforms in navy and silver, colors that were soon ratified with a positive vote from the Student Government Association.

The original footprint of Dalton’s College was small with just a few buildings clustered in the center of the current campus. Today, Dalton State spans nearly a mile of College Drive from the Ottinger Athletic Center to the James E. Brown Center and includes residential housing, a state-of-the-art science facility, and newly renovated spaces for the School of Health Professions and Pope Student Center. The original faculty and staff numbered 54; today 456 serve the student population that has swelled from 524 when the doors first opened in 1967 to more than 5,000 today. 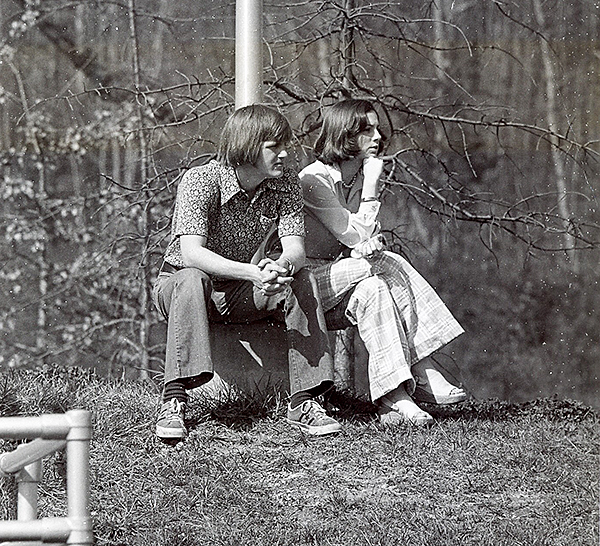 But the College never lost the family feel that is described often by those who were here in the early years. “What Dalton State has become reflects its beginnings,” said Dr. John Hutcheson, a member of the faculty and administration from 1974 to 2010.

“That sense of the College as a family, even though it has grown, was there years ago,” he said. “There is a culture of civility that I think is still embedded here. It’s something that visitors to the College would comment on. They noticed things like students holding the door for each other. They saw the respect given not only to the faculty and staff but to other students as well.”

The College began offering baccalaureate programs in 1999 during the presidency of Dr. James A. Burran; currently there are 23 bachelor’s degrees offered with more in the pipeline.

“The Burran era could be captured in a phrase he often used: onward mighty blue and silver,” said David Elrod, an alumnus and current director of the Dalton State Foundation. “His entire presidency was one of onward and upward, constant growth, and he was responsive to what the community needed. The culture began to change when we transitioned from a two-year college to a four-year bachelor degree-granting institution. The community helped us drive this. There were significant infusions of capital and vocal support from community leaders and the media.”

It was during the administration of Dr. John Schwenn that Dalton State College opened a satellite campus in Gilmer County and streamlined its mission, shedding its technical college division to concentrate on bachelor’s degree offerings. The College began offering on-campus housing, and brought back intercollegiate athletics following a 35-year hiatus. In only its second year of eligibility, the basketball team clinched the NAIA National Championship.

Peeples Hall, a state-of-the-art science building, opened in 2014 featuring specialty equipment found in top labs around the nation. The original on-campus housing, Wood Valley Apartments, was demolished in 2015 to make room for Roadrunner Place. Mashburn Hall opened in 2016 as the first traditional residence hall. In addition to the new construction, major renovations of existing buildings including the Pope Student Center and Health Professions Building have taken place.

Next on the list is Gignilliat Memorial Hall which will undergo a $10 million facelift. The extensive renovation will transform the 40-year old classroom building into a gleaming new facility for the Wright School of Business funding for which is made possible by the largest gift yet made to the College. The School is named for C. Lamar Wright, an alumnus of the first graduating class of Dalton Junior College. Funding for renovations of Sequoya Hall has also been earmarked by the state.

“Where are we headed now? There’s no telling,” Elrod said. “There’s a feeling here today. Ten years ago it was tangible in the energy that was being produced here, and it feels like that again now. We can see the future today, and I can assure you it is extraordinarily bright.”