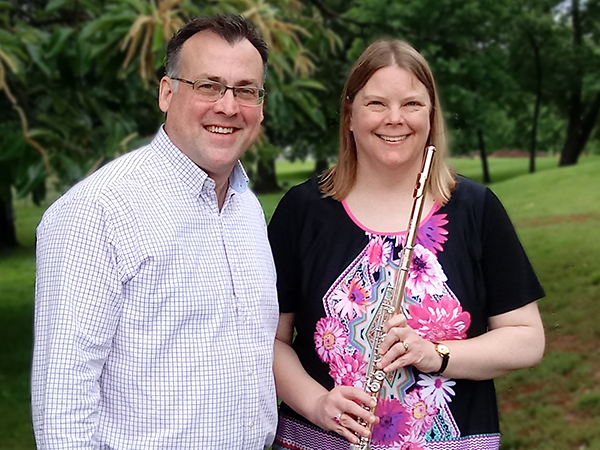 An upcoming concert at Dalton State will show people how music and nature influence fairy tales.

“Flora, Fauna, and Flute” will be Friday, Oct. 27 at 7:30 p.m. in the College’s Goodroe Auditorium. The concert is free and open to the public.

It will include musical selections and narrations based on birds, flowers, trees, animals, and fairy tales. Dr. Ronda Benson Ford will play the flute and be accompanied by Steve Ray for narrations.

“Composer Wendy Hiscocks wrote ‘Keshovati,’ which is based on a fairy tale from India about a young boy who decides to morph himself into a champa flower high up in the tree,” Ford said about the piece. “From that vantage point he imagines himself gleefully watching his mother go about her all-too familiar daily routine all the while being hidden from view.”

Ford is an instructor of flute at Dalton State College and the University of Tennessee at Chattanooga. She has performed at several National Flute Association conventions in the USA and in Slovenia, Slovakia, Italy, and Japan with the International Flute Orchestra.

Ray is a theatre professor in UTC’s Department of Performing Arts. His acting training led him to voice work for videos and narration for live events. For many years, Ray was the national drama director for Wycliffe Bible Translators Australia where he toured with musicals across Australia.

This recital is made possible by a grant from the Dalton State Foundation to Dalton State’s School of Liberal Arts.