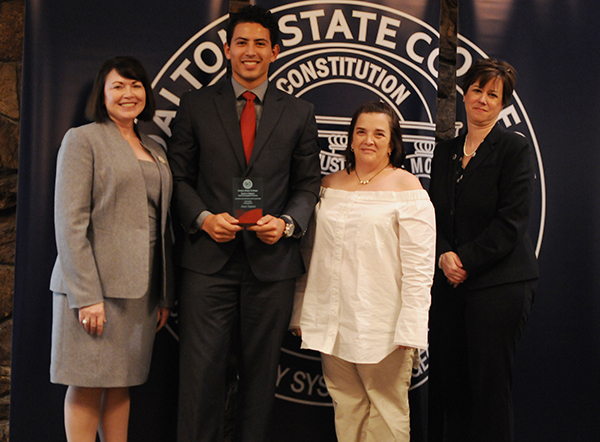 The Spence Higgins Hall of Leaders Award for Excellence in Service and Leadership was awarded to Autumn Hooton, Guadalupe Lopez, and Juan Zapata. The award, named for Dalton State’s first student body president, is presented to a select group of graduating seniors earning baccalaureate degrees who have demonstrated excellence in campus involvement and who, through their service, exemplify a commitment to the positive enhancement of the College.

The Jason Ramos Servant Leadership Award was presented to the Birdfeeder Food Pantry this year. Accepting the award was the food pantry’s managers, Aaliyah Montague-Bass and Kedarian Pender. The award is presented in honor of Jason Ramos’s courage and vision to actively advocate for positive change on campus and ability to empower others. 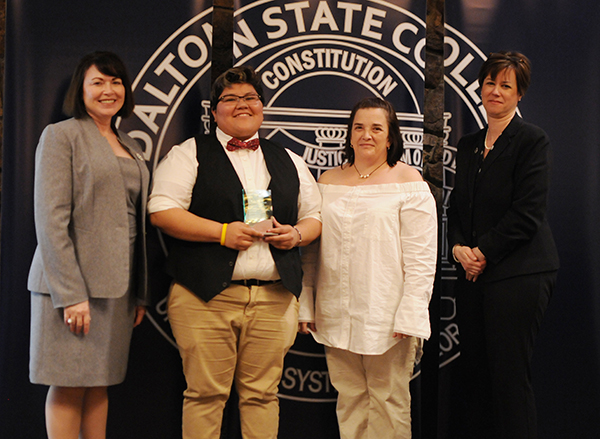 The Melvyn Ottinger Roadrunner Pride Award went to Samantha Gravitt. This award is named for longtime Dalton State basketball coach Melvyn Ottinger, who built the foundation and framework for the birth of Roadrunner Nation. It is given to a student who embodies and exemplifies the true qualities of a Roadrunner, confidence, success, fearlessness, and boldness.

The Truett Lomax Unsung Hero Award is given annually to a student and a faculty or staff member who puts their heart and soul into everything they do but often goes unrecognized. These recipients work behind the scenes. Zack Brandenburg was awarded this recognition as a student, and Dr. Robert Overstreet as a faculty member. The award was named for Melvin Truett Lomax who was instrumental in raising awareness of the need for a college to serve our community and region. 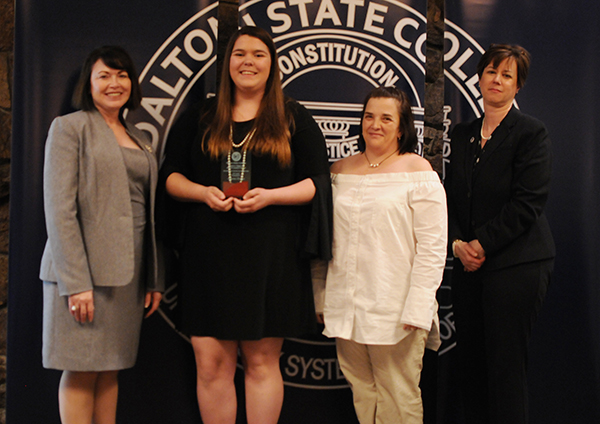 Colby Cochran was recognized as the Volunteer of the Year for serving more than 100 hours at a nonprofit in the community.

The student organization Psi Chi was recognized with a Program of Distinction award for the Mental Health Fair. The Diversity and Inclusion Award was given to Alpha Omicron Pi. The Psychology Club received recognition as Organization of the Year, while Katelyn Humphrey was recognized as Advisor of the Year for advising the Orientation Leaders and Student Ambassadors.