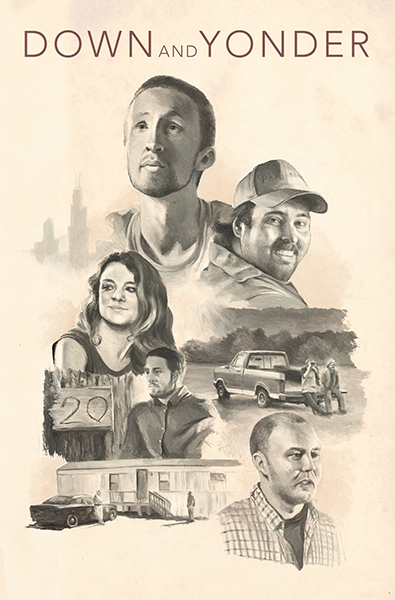 Dalton State will screen the film “Down and Yonder,” which features a Dalton State student and was filmed entirely in Northwest Georgia.

Geoffery James, a Dalton State student majoring in history, was heavily involved in the film as a producer, lead actor, and casting director.

The screening will be Tuesday, Aug. 14 at 7 p.m. in the James E. Brown Center, room 105. It is free and open to the public, and though the film is not rated, there is strong language.

The film is a coming of age story that follows two friends in their mid-twenties. When one friend moves away, they begin to examine their futures.

“The film is about a friendship that becomes tested by time and distance, and it is ultimately a love letter to growing up in a small, Southern town,” James said.

James, a Ridgeland High School graduate, attended Dalton State from 2005-2008 as an education major and was involved in theatre at the Chattanooga Theatre Centre. He left the College to attend The American Academy of Dramatic Arts in Hollywood, from which he graduated in 2010.

James spent a few years working in production and videography around the country. He worked on “Down and Yonder” before re-enrolling at Dalton State. As a history major seeking a secondary certification, James hopes to teach high school history after graduating in 2021.

“I wanted a degree in something I am just as passionate about as films,” James said. “As a teacher, I feel like I can give kids a broader perspective on the world outside of this area, and remind them anything is possible.”

“Down and Yonder” is the debut feature-length film from Cindicate Productions, which was founded by James and his friends, Christopher Flippo and Jonathan Hunt. The company focused on short films and documentaries initially.

“Down and Yonder” was written by Flippo while living in California out of homesickness for Rossville, Ga. The film was released in 2017 and was directed by Flippo.