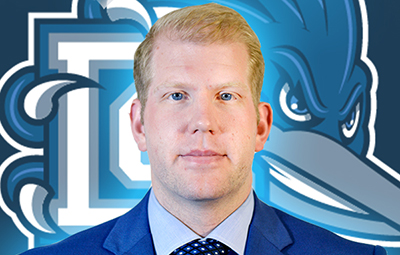 Alex Ireland is preparing to lead the Dalton State Roadrunners through the upcoming basketball season.

Ireland was named interim head coach after Tony Ingle announced his retirement affective Aug. 1 to dedicate more time to his role of bishop at The Church of Latter-day Saints. Dalton State Athletics is excited to announce Ireland has agreed to remain interim head coach through the 2018-2019 season, said Athletic Director Jon Jaudon.

“What a luxury to stay in house as we transition the leadership of our basketball program,” Jaudon said. “Alex played a critical role in our program over the past 12 months. Our basketball team recently welcomed 10 new students to campus who were all recruited by Coach Ireland. Our department has great respect for Alex, and I encourage Roadrunner fans to join us in supporting Alex and our basketball team."

Ireland joined the Roadrunners as assistant basketball coach in 2017, a successful season where the Roadrunners went 25-9, were ranked No. 16 nationally at the close of the season, and made it to the second round of the NAIA National Championship Tournament.

“In the past year, Alex has impressed many people across the campus and I have heard from these people,” said Dr. Margaret Venable, president of Dalton State. “We are very fortunate to have someone with the vision and talents Alex brings to our athletes and College. I’m excited for Alex to have this opportunity to lead our basketball players through the season, and I am thankful he agreed to take on this role.”

“It is an honor to serve as the interim head coach at Dalton State College,” Ireland said. “Dalton is an incredible place, and I am beyond grateful for the opportunity to serve the community of Dalton, Dalton State College, and the Athletic Department. I am thankful that Jon Jaudon believes in me and has given me this opportunity, and for Coach Ingle, who brought me to Dalton State. Our team is excited to begin this season and continue the legacy of Coach Ingle and Coach Melvyn Ottinger.”

Roadrunners hit the court for the annual Blue and White scrimmage on Tuesday, Oct. 23 at 7 p.m. in Bandy Gym. Their home opener is Friday, Oct. 26 at 7 p.m. at the Dalton Convention Center. Season tickets are now on sale at dsroadrunners.com by clicking the tickets link or by calling 706-712-8200.