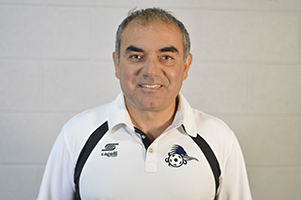 “I would like to thank the entire Dalton community for all their support,” Daser said. “I am proud to have started the soccer programs for both men and women, and I am proud of the athletes for the manner in which they have represented themselves on and off the field. It has been a pleasure to have worked with them.”

In addition to starting the soccer program, Daser also served as head coach for both men’s and women’s teams. In four years, the men’s team recorded 43 wins, 23 losses and 6 ties; the women’s record over three seasons is 22-21-5.

Daser’s departure comes at the end of soccer season which wrapped up last week. The men finished the season with a 7-9-2 record and the women with a 6-7-3 record.

“I want to thank Coach Daser for his efforts in starting soccer at Dalton State, and I wish him much success in all his future endeavors,” Jaudon said.

The search for a new successor begins immediately.