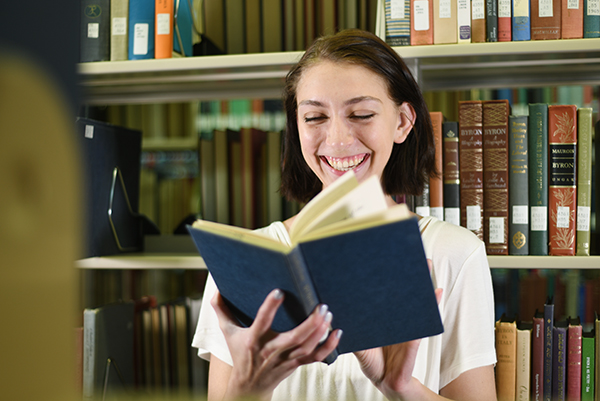 Katlyn Richardson had grown to resent higher education and wasn’t sure college was where she belonged.

Attending college was what was expected of Richardson. When she graduated from Murray County High School, she was faced with two options: play collegiate basketball on scholarship or enroll at Dalton State.

Richardson chose Dalton State because it was important to finish a bachelor’s degree debt free, and even with the athletic scholarship, she would need to take out student loans to attend the other institution. She knew it was time to quit playing basketball and focus on her education. She would be the first in her family to get a college degree.

“It was never a question whether I’d go to college or not,” Richardson said. “No one in my family had graduated college. My graduation was a requirement. Since my parents hadn’t gotten a college degree, they understand the importance and significance of it.”

But Richardson didn’t, at least not until her junior year. Now, she’s preparing for graduation on Saturday where she’ll receive her bachelor’s degree in English. Her time at Dalton State helped her find the path that was right for her and made her see the value in finishing her degree.

“I had picked English as my major because that’s the subject I was best at and the subject I liked the most, but I didn’t really have a direction for my life,” Richardson said. “I became restless, and I began to resent education. I was upset I was going to college and thought, ‘Maybe this isn’t what I want to do.’ I undeclared a major. I wanted to be a blank canvas.”

Dr. Leslie Harrelson, an associate professor of English, encouraged Richardson to try different classes and see what inspires her instead of taking time off from college. Harrelson was a mentor to Richardson as she questioned herself and her major. 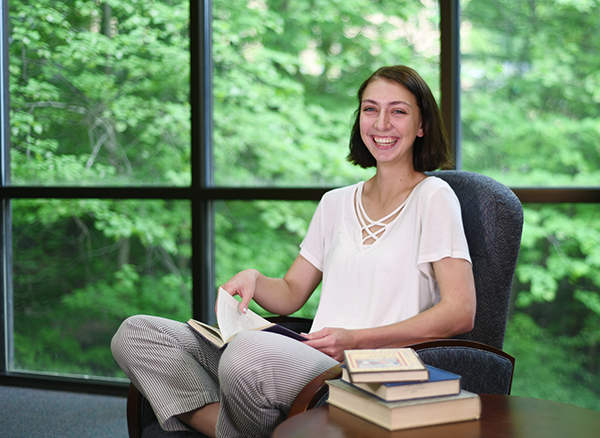 “I ended up finding out I really do love English,” Richardson said. “Questioning myself put it into perspective that I have an amazing opportunity at Dalton State, and I belong here. I was meant to go to college, and I was meant to be a Roadrunner. This is something I enjoy, and I want for myself. I love analyzing and debating. I am grateful my parents made me do this, but also, now I can say, ‘I’m here to get an education because that’s what I want to do.’

“Dr. Harrelson told me I have a great voice, and I’m a capable writer,” she said. “All the professors in the English department helped me develop my writing, and they told me when something needed to be re-written. They are very welcoming, and they are honest. They challenged me in the best possible way.”

Harrelson also pushed Richardson to trust herself as a student. Even though Richardson initially didn’t like medieval literature, Harrelson taught in a way that made it her favorite genre.

Richardson’s inclination was to compare Sir Gawain and the Green Knight to the Book of Genesis, but there was no previous research on that subject. Harrelson told her to pursue the topic anyway.

“She brought out a creative side in me that pushed me to keep going,” she said. “It’s the first time I had felt really excited to write a paper in a long time.”

Richardson saw how far she has come as a student when she completed her thesis where she explored how post-modernism writing affects the individual’s voice by using Salamn Rushdie’s novel Satanic Verses. The novel was highly controversial in Islamic culture and in India, where it was banned. Rushdie was threatened and faced several attempts by others to kill him as a result.

“I never thought I would be able to write at this level,” Richardson said. “I wrote about how people can take literature and misinterpret it as an attack. Satanic Verses made a lot of people mad. Post-modernism has created this idea you cannot say anything that offends another person, and that has stifled the individual voice. Rushdie wrote that novel, not to harm others, but to express his perspective.”

Dr. Jenny Crisp, an associate professor of English, has seen how Richardson has adapted and risen to the challenge of writing such a complex thesis.

“She has polished her style and grown as a writer,” Crisp said. “I’ve watched her do that, and it has been a pleasure. She’s a hard worker and is good at deep thinking then explaining her analysis to others clearly. She’s enthusiastic and interested in the big important questions of our culture. English is really a little bit of everything. The writers are thinkers of our culture so they reflect on time and place.

“She’s addressing a complex and sensitive topic with her thesis,” she said. “Katlyn is writing about the difficulties between East and West – and East and East. It has been about learning a whole other culture. I think for her this has also been a crash course in Islam and the history of India, as well as the relationship between Pakistan and India. You also have to understand the politics of the time to fully understand the written work.”

Being at Dalton State challenged Richardson’s personal beliefs. It reaffirmed some and made her change others.

“I’ve learned so much about myself,” she said. “I realized I don’t know everything, and that’s OK.”

For now, Richardson is deciding what her future holds following graduation. She’s looking at an array of options including nonprofit work and teaching. And since she’s graduating without any debt, she’s looking at graduate school.

“Being debt free means I can go on for more education without worrying about the cost,” she said. “I want to pursue that because I love to learn. Dalton State taught me that.”