WSOB Benefactor Remembered for Being Role Model to Students 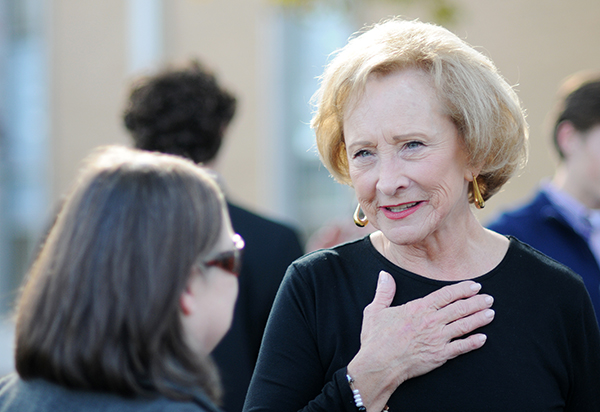 Ann Wright didn’t seek out the recognition she received at Dalton State, a testament to her humble, giving character. Wright, 77, died this week, but not before she left a lasting impact, not only on those who knew her, but the entire community.

She and her husband Lamar, a graduate of Dalton Junior College, wanted to remain anonymous following a $5 million gift to the Wright School of Business (WSOB), said the couple’s son, Kevin Wright.

“As you can see, it didn’t go that way,” Kevin Wright said during the re-opening celebration of Gignilliat Memorial Hall last month.

The gift was matched by the state and used to renovate and expand Gignilliat Memorial Hall to house the Wright School of Business, which now bears the benefactors’ names as a thank you for their contribution.

“My parents made this investment for opportunity,” Kevin Wright said. “It’s an opportunity for staff to invest in the lives of students. Students, it’s an opportunity for you to take advantage of an education that will help you change lives for others. Their investment in you does not come without strings. They issue you a challenge: take advantage of the opportunities, and when you are successful, whatever your endeavor is, invest back into your community.”

Mrs. Wright had planned to speak at the re-opening celebration but was unable to due to a fall she suffered over Labor Day weekend.

“She had rock-star status at any WSOB student event she attended – and she attended many,” said David Elrod, director of the Dalton State Foundation. “She was slated to speak and share some advice aimed particularly at students. Be a leader, she was going to say. Invest in building relationships. Have a positive attitude. The combination of these three – leadership, relationships, attitude – results in success, she was to say. Indeed, they are lessons we could all heed. Ann lived them to the fullest.” 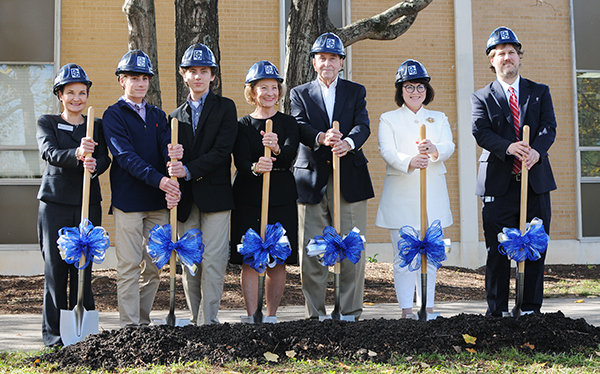 “My heart is broken for the loss of a tremendous leader for this community,” said Dr. Margaret Venable, president of Dalton State. “Ann led with the quiet humility of a servant leader. Her devotion to her family and to her faith were unmistakable, and I admire her example more than I can say. I feel the loss of Ann Wright deeply. She left an important legacy, and I will do my best to celebrate her life more than I mourn her death.”

Faculty, staff and students in the WSOB are saddened and shocked by Mrs. Wright’s death and are signing a memorial book for the family, said Dr. Marilyn Helms, dean of the WSOB.

“Ann was such a role model, mentor and sponsor for our business students,” Helms said. “Ann most enjoyed working with our professional development class and tirelessly attended the etiquette training we provide our students. She attracted a large group of female business students in particular to sit at her table. They appreciated her candor, her quiet leadership and her interest in their broader family lives, as well as their careers. Students learned from her examples and comments.

“Ann was approachable, and she shared her knowledge and faith,” Helms continued. “Ann took such an interest in the business students and was such an inspiration to them. She was a gracious individual and never missed an event for students. We are mourning her loss, and our hearts are with Lamar and the Wright family.” 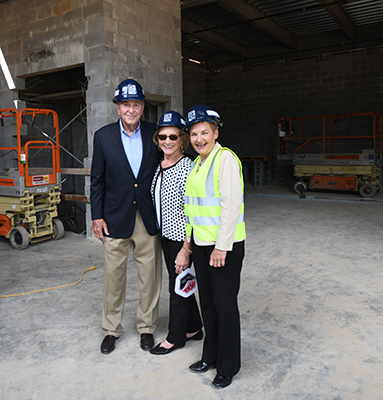 Mrs. Wright was born on April 7, 1942 in Aragon and grew up in Polk County, Ga. She and Lamar Wright met during a 4-H camp at Dahlonega when the two were just 11 and 13, respectively. Mrs. Wright attended Rockmart High School and went on to earn her bachelor’s degree in home economics from the University of Georgia and then a master’s degree in textiles, also from the University of Georgia.

The Wrights married in 1965 and moved to Dalton where Mrs. Wright worked as a home economist with the Georgia Cooperative Extension Service and as a home economics teacher at Eastbrook High School in Dalton. She later taught in Dalton Junior College’s continuing education program.

In addition to her and Mr. Wright’s philanthropy, Mrs. Wright served on the boards of the Georgia Boys Group Home, the Hamilton Healthcare Foundation and United Way of Northwest Georgia.

The Wrights $5 million gift to the WSOB is the largest gift made to Dalton State by individuals.

“The gift, as we say in philanthropy, was transformative, not just on the physical landscape of campus, but in the lives of the students who will discover, study, learn, and thrive in this magnificent space that Ann and Lamar envisioned for the single purpose of changing lives,” Elrod said. “The abiding gifts that Ann and Lamar gave to us, though, were their deep and thoughtful friendship, their interest in and aspirations for our students, and their confidence in the power of a college education to change lives. That they entrusted those legacies to us are gifts beyond measure. Lamar is one of us by virtue of his being an alumnus of Dalton State. Ann is forever one of us in our hearts.”