A Leader in the Making 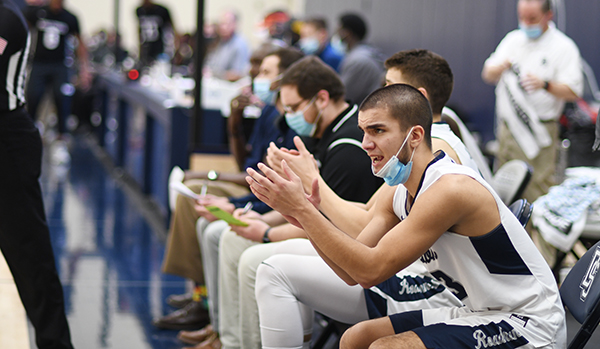 Growing up in Turkey, Bora Certel dreamed of playing basketball in the United States.

But to get here, he would have to face many challenges, and would be met with even more when he arrived.

Certel joined the Dalton State Roadrunners’ roster during a time of uncertainty. The team was returning to play after its dominant 2019-2020 season was cut short by COVID-19, several players had either stepped down or graduated in the offseason, and the team needed a leader on the court.

Each challenge Certel faced was an opportunity to grow, and through it all, he began to naturally emerge as a leader. In his freshman season, Certel inspired his teammates with an unrivaled work ethic and led the team in assists with 47 by the season’s end.

“Bora’s best qualities on the court are a direct reflection of his character off the court,” said Alex Ireland, head basketball coach for the Roadrunners. “He is a humble, hard-working young man who is as selfless as they come. He has a very bright future ahead of him on the court and away from it.”

Though he has only played a single season as a Roadrunner,  Certel’s  work ethic and dedication to improving have already made a notable impact on the team.  But before he was a Roadrunner, he was just a kid in Istanbul, Turkey wondering if he would have the chance to pursue his dream of playing basketball.

Certel was born in New York to Turkish parents. Shortly after he was born, his parents made the decision to return to Turkey, where Certel would spend his childhood and many of his formative years. In 2015, however, Certel had the opportunity to attend high school in the United States. He returned to America to continue his education, but to Certel, it also meant a chance to pursue a deeper passion.

“Playing basketball,” Certel said. “That was my dream. I came to America to play basketball here and to continue my education.”

Though he was born in America, the transition was anything but easy.

Coming to America meant leaving his family and friends in Turkey. Certel would effectively be starting his social life from scratch. On top of that, he faced another challenge.

“My English wasn’t good,” Certel said. “I had been speaking Turkish my whole life, so that was one of the biggest challenges coming back to the United States.”

Despite the challenges he faced in his social life, Certel could always find solace on the court.

“Playing basketball… it’s a different world from the world we’re living in. You don’t think about what’s going on outside. You’re just on the court. For two hours, you focus on just basketball, nothing else. You’re just trying to be the best player you can be and help your team win.”

After high school, Certel took a break from basketball as he set his sights on college. That break was cut short when he received a phone call.

“Coach Ireland reached out and said there was an opportunity to play at Dalton State,” Certel said. “I was like ‘I should probably do this.’ That’s how I got back on the court.”

Certel’s freshman season was not without its challenges. After two point guards stepped down in the offseason, the Roadrunners were in need of someone to fill that role. The point guard plays a specialized role on the team that requires fast-paced play calling, decision-making and above all else, leadership. Certel, the newest and youngest player on the roster, was being asked not just to play on the team, but to lead it on the court. 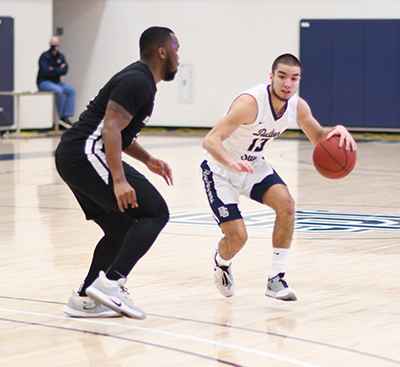 “Bora stepped up for our team this year in a time when we desperately needed him and never once complained,” Ireland said. “His work ethic and perseverance have allowed him to get better every day, and as such, he has dramatically improved over the course of his freshman season.”

To add to the trials, this would be the team’s first season since its record-breaking 2019-2020 run was cut short by the COVID-19 pandemic.

In March 2020, the Roadrunners boasted an impressive 30-3 record that included a 7-0 start to the season, the best in school history. The team was scheduled to play at the NAIA National Tournament in Kansas City, Missouri and was well-equipped to make a deep run in the post-season. However, the weekend before the team was scheduled to leave for the tournament, the entire country was upended by mass confusion and panic surrounding COVID-19. The tournament was cancelled, and the Roadrunners’ promising season came to a sudden end.

Returning for the 2020-2021 season, the team would face tentative scheduling, playing without the support of a crowd and dealing with the other general challenges of the pandemic. Reflective of the uncertain times they were playing in, the Roadrunners’ season consisted of ups and downs. Unfortunately, the season once again came to an abrupt end when the Roadrunners were forced to withdraw from the Southern States Athletic Conference in Montgomery, Alabama due to COVID-19.

While the challenges the team faced have been trying, Certel believes the camaraderie that exists between the players made them more manageable.

“It was hard to stay motivated with all the negativity going around the world,” Certel said. “But having teammates, basically brothers – having them helped me a lot. You can rely on your teammates. When you’re going through something, they can help you.”

The Roadrunners will set their sights on next season, and Certel will use the experience to grow individually as well.

While Certel leads the team’s play on the court, he recognizes the importance of being its moral leader as well. Certel believes he has learned that skill from his teammate, Aaron Burress, who served as a mentor to Certel and several other players.

“Even though we don’t play the same position, Aaron was the guy who helped me with everything,” Certel said. “He’s been in the program for four years now. He knows everything about the school and the team, and he makes the process a lot easier.”

Certel is determined to become the best leader he can be because he knows that is one of the many skills he can learn through basketball that translates off the court as well.

“Basketball has taught me a lot about being a leader and about discipline,” Certel said. “Waking up around 5:30 every morning – it’s not easy. But you have to keep your bigger goal in mind.”