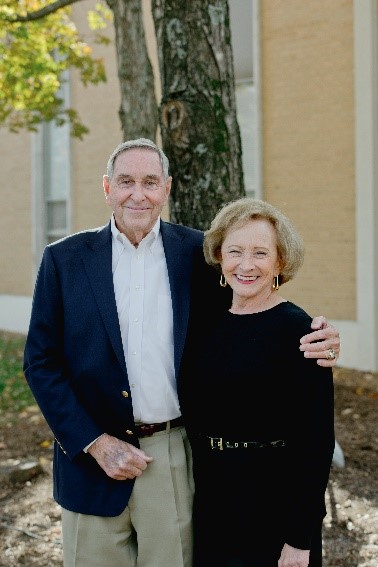 In 2016, the Wrights longtime commitment to the Northwest Georgia community was expanded through their generous gift of $5 million to the Dalton State College Foundation.  Matched by the Georgia Board of Regents, these funds were used to completely expand and renovate Gignilliat Hall, providing a state-of-the-art facility for business education in Northwest Georgia.  With the naming of the school for the Wrights, the C. Lamar and Ann Wright School of Business (WSOB) is fulfilling its unique educational mission which is predicated on providing excellence in undergraduate business education. In 2020, the Wrights received the University System of Georgia (USG) Foundation Regents’ Hall of Fame Alumni and Distinguished Friends Award.

Lamar Wright grew up in Cedartown, Georgia and, after graduation from Cedartown High School, attended Southern Business University. Lamar moved to Dalton in 1965 where he began his career working for Strain Poultry Farms and Cagle’s, Inc.

As his career advanced Lamar Wright became owner and president of Apollo Textiles and Telstar Enterprises, Inc.  His business interests have expanded to include agriculture, banking, and real estate development. He currently owns and operates Appalachian Properties LLC.

Ann Williams Wright was born in Aragon, Georgia and grew up in Polk County, Georgia.  When Ann was 11, she attended 4-H camp in Dahlonega, Georgia, where she met the 13-year-old Lamar Wright from nearby Cedartown, Georgia.  Ann graduated from Rockmart High School in 1959 and earned her bachelor’s degree in home economics education at the University of Georgia in 1962.  She completed a master’s degree in textiles from UGA in 1965. Ann is a second-generation college graduate.

Ann and Lamar Wright were married on December 10, 1965, and the Wrights moved to Dalton that same year.  Ann worked in Catoosa County as Home Economist with the Georgia Cooperative Extension Service until 1970, then taught home economics at Eastbrook High School in Dalton from 1970 to 1975.

Following her years in the classroom, Ann was involved in various school PTAs and served as den mother for both her sons’ Cub Scout troops.  She later taught in the Continuing Education program at Dalton Junior College, Lamar’s alma mater. Ann served on the boards of Georgia Boys Group Home, Hamilton Healthcare Foundation, and United Way of Northwest Georgia.

Lamar and Ann’s family includes son, Kevin (daughter-in-law Aquila and sons Jackson and Will) of Dalton, Georgia and son Bucky (daughter-in-law Christy and their twins Davis and Alexis and daughter Annaleigh) of Marietta, Georgia. 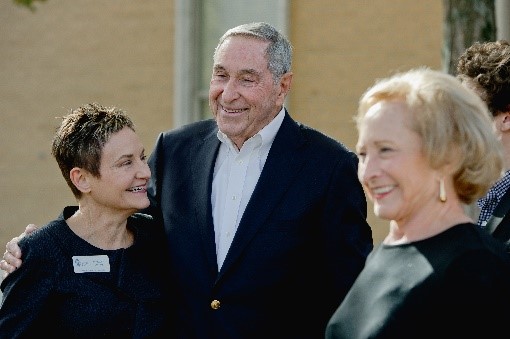 The WSOB reflects the entrepreneurial spirit of the Northwest Georgia community. As an entrepreneur, Lamar believed the following quotes led to his success in business. You will find these quotes throughout the WSOB where they serve as inspiration for today’s WSOB students – our future business leaders.

Lamar’s favorite saying is “we are changing lives at Dalton State.” Lamar credits DSC for changing his life.

WSOB students, faculty and the greater DSC campus and community know his and Ann’s gift will continue to change our lives.